Some time ago, @PS2it gave me this AppleColor RGB monitor- statin outright that it had come from some very "rough" conditions and that it probably wouldn't work. I tossed it on a shelf, and forgot about it for a bit. Ultimately, like so many other devices that are "probably" beyond saving, my interest was in the chassis, as it could easily be converted into a "new" monitor that looks the part, depending on what parts inside can be saved. 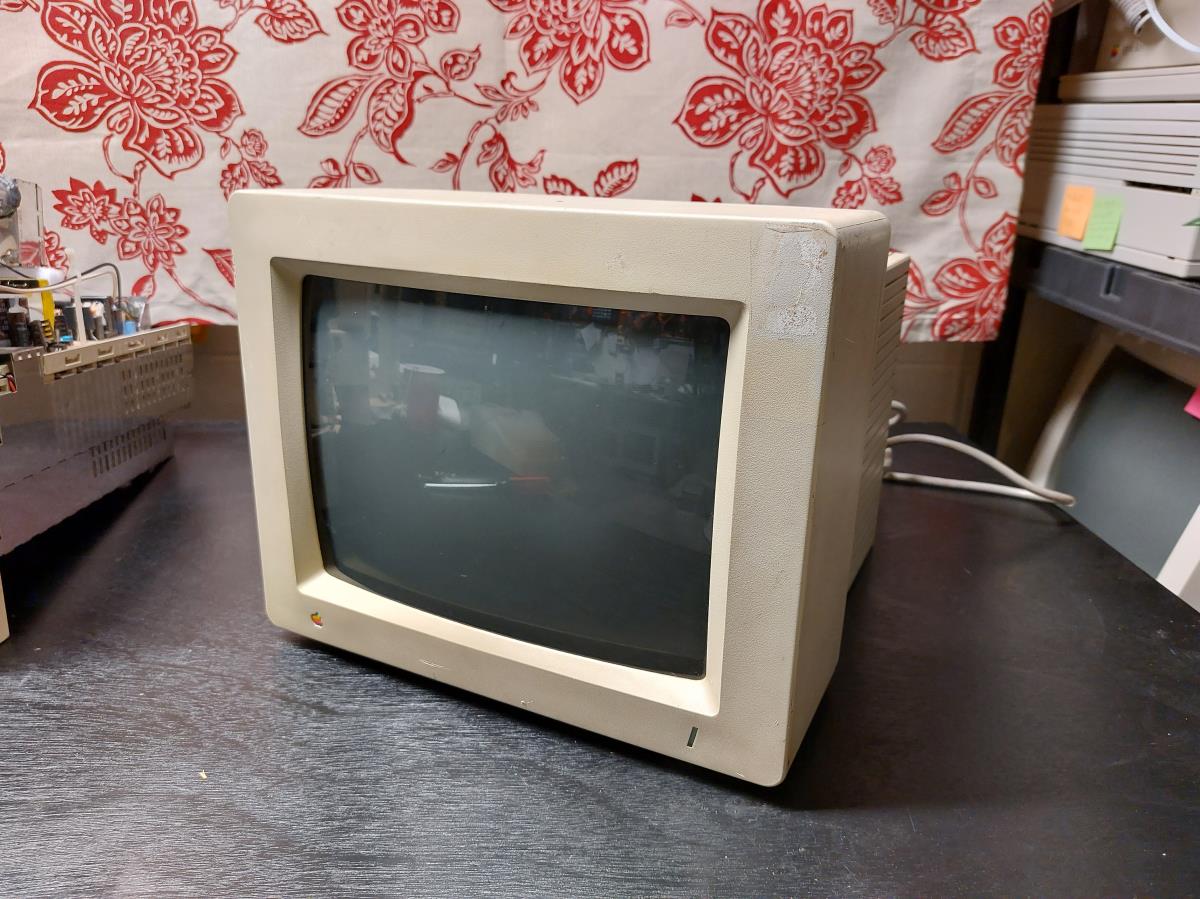 Upon cracking it open, it became clear that this would be a significant repair operation. It appears that this monitor was partially submerged for a while, and the damage to both components and the board are significant. 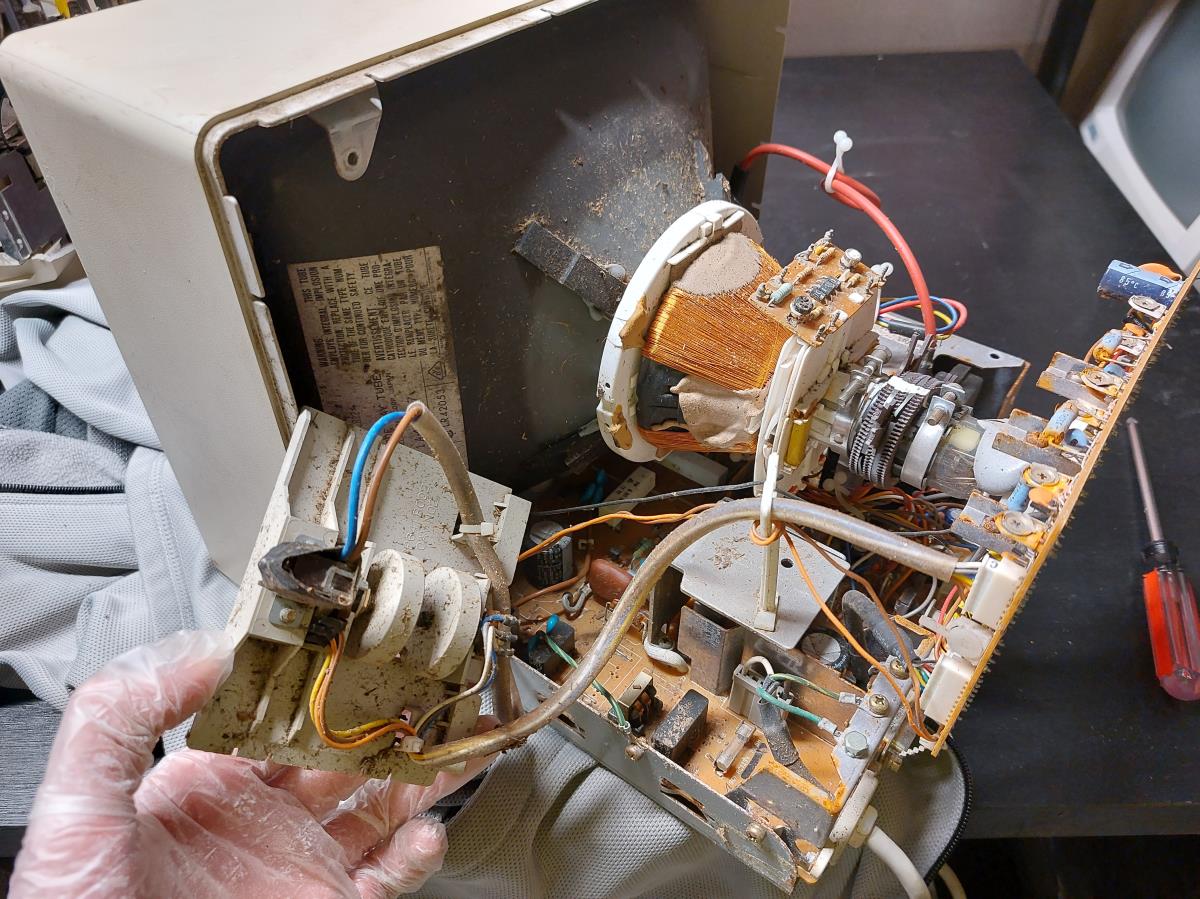 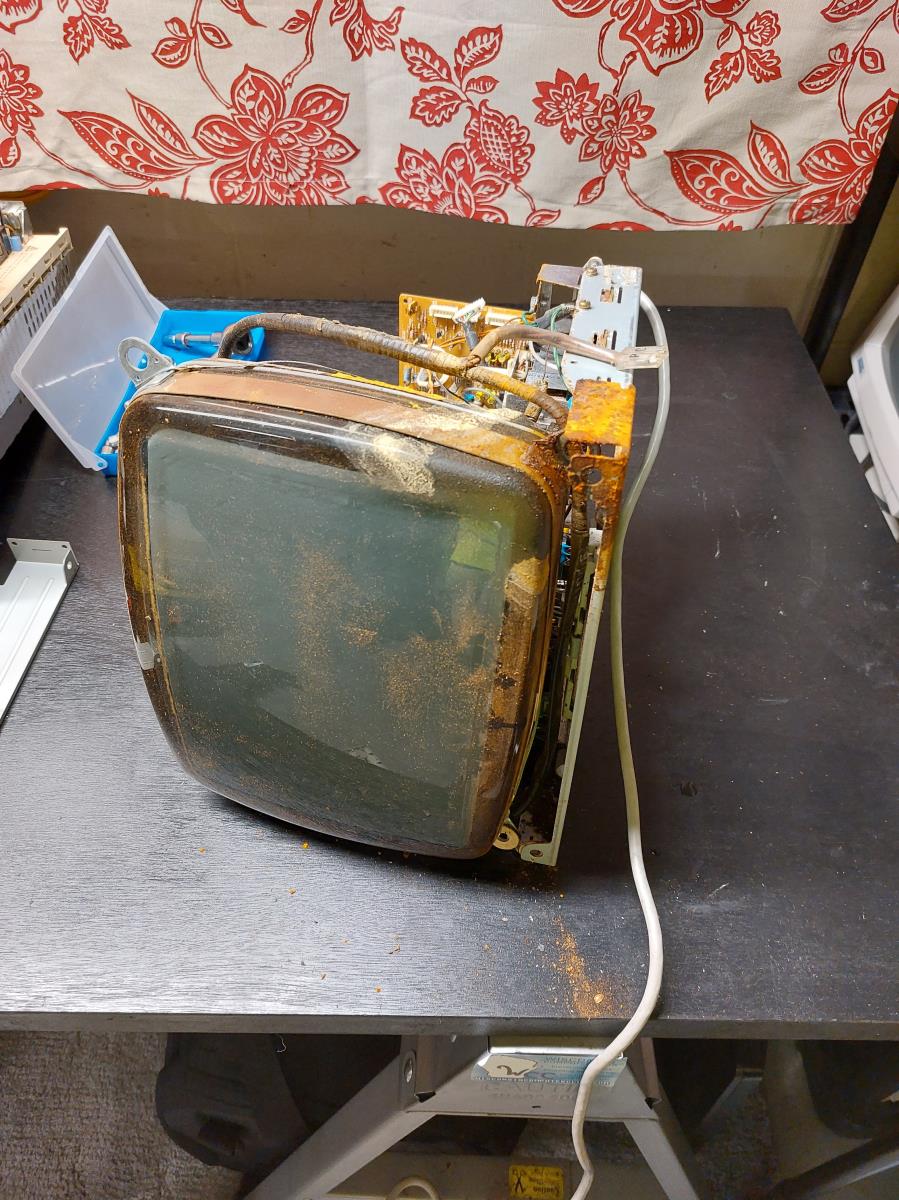 Ultimately, what I've done is separate out the "guts" of the monitor and bagged them up, while I was able to extract the CRT itself without much issue, and it cleaned up rather nicely. I've no way to test it, but just looking at it's physical condition here, I'd wager it probably still works. 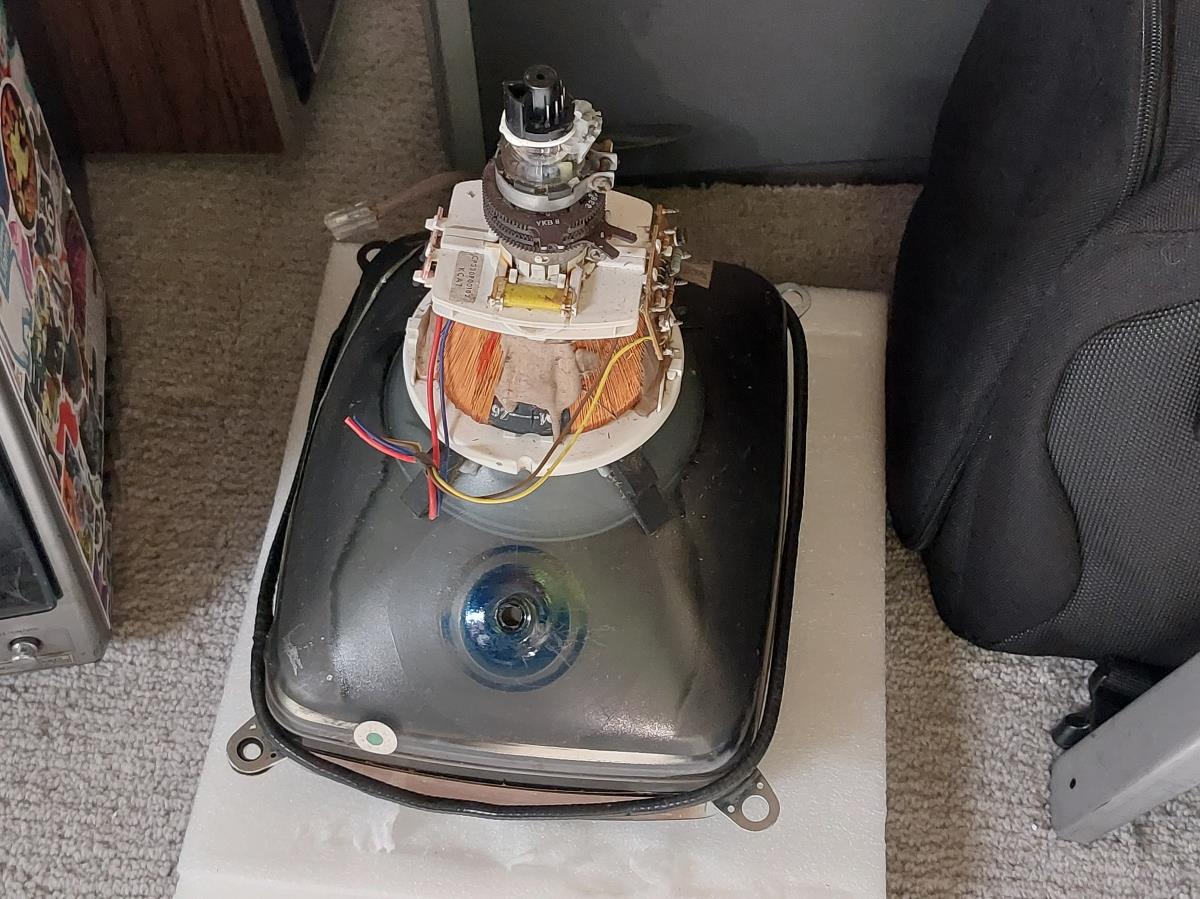 As for the rest of the unit, while I'm sure it "could" be fixed given enough time, parts, and work- it doesn't make much sense for me to put that sort of time into it, when that time could be spent on other things. Especially given that we have a couple more of these monitors floating around in the club.

If anyone here wants the tube, or the rusted guts of the monitor, they're all yours. I doubt we'll have any takers on the "guts" so those will go to recycling sometime next month if they're not spoken for. The tube isn't too tricky to store, so that'll be here going forward for whoever wants or needs it.

Bonus picture, inside the case, even after a lot of scrubbing: One of my favorite monitors from Apple. Such a cool design! Hope the repurpose process goes well!

Thats a lot of rust!

Pezdude said:
One of my favorite monitors from Apple. Such a cool design! Hope the repurpose process goes well!
Click to expand...

I'll keep you posted! If all goes to plan, I hope it'll more or less pass for the real thing at a glance. I guess we'll find out soon enough!

That’s not what I expected to see! I knew they were rough, up that’s pretty bad! I’m curious what the other monitors I have from this lot look like on the inside.

Sounds like it should make for an interesting project! If you decide to put a LCD in the case, it might be interesting to try and preserve the curve of the CRT. Maybe a plastic mold of the CRT glass? I always thought that would be a neat idea.