Macintosh Performa 475 in an LC Case

In order to break up a bit of an overflow at his shop, and give me a chance to work on something new, @PS2it passed a couple troubled Macintosh machines my way, and they are an interesting lot to say the least. This particular machine is a Performa 475, an "evolution" of the Macintosh LC-III in a slightly larger case that matched the new design language Apple was moving toward in mid-1990's. Except this one. For whatever reason, this is a Macintosh Performa 475 board tucked (rather tightly) into a much earlier Macintosh LC series case. The case badge has a silkscreened "Macintosh Performa" on it, but the actual "Performa 475" designation is on a sticker that is almost certainly from the factory. 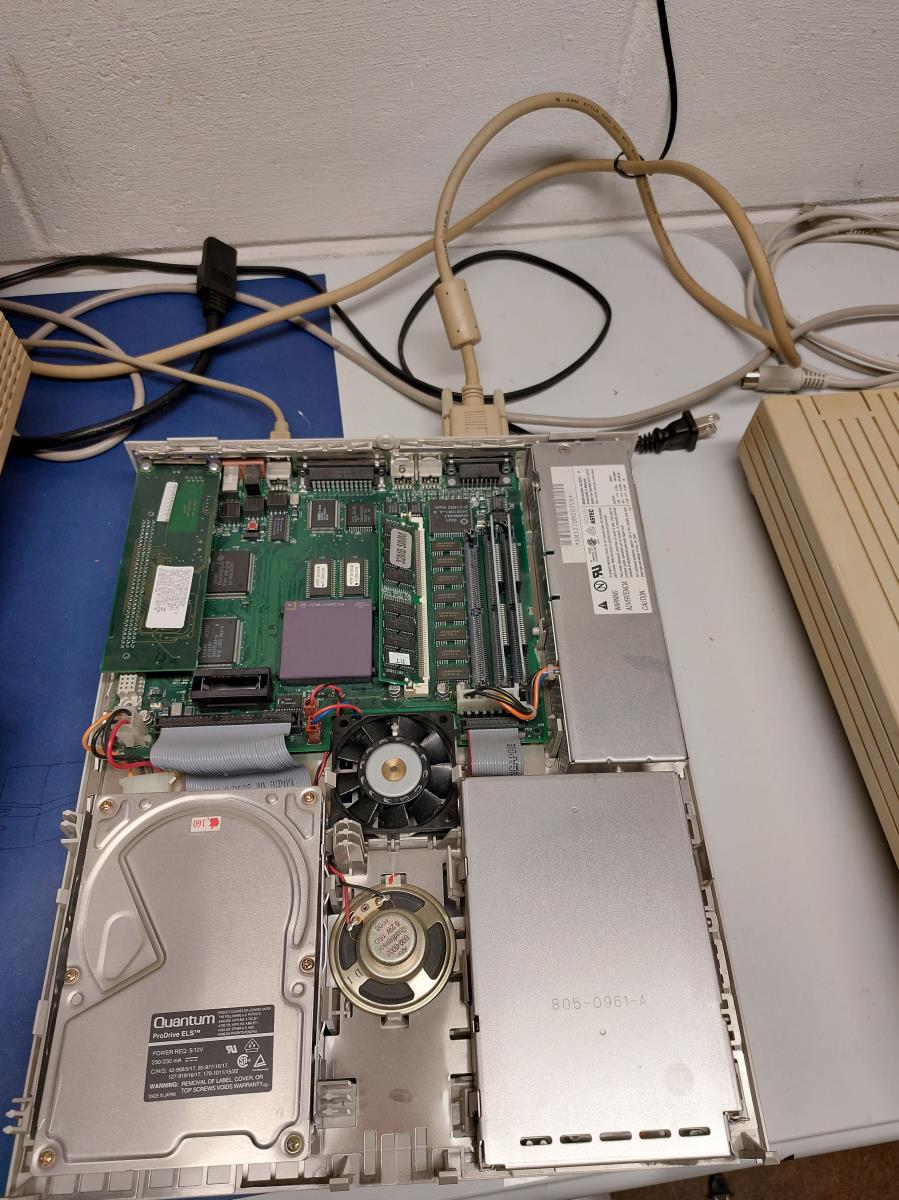 It's so strange- while I know Apple offered "upgrade" kits for earlier computers (like the Apple IIe to IIGS conversion) but the case isn't badged as an LC, or even one of the various Performa versions that might have used it- it's definitely a factory-built machine, just odd. Then there's the question of why- while it's likely this is a machine made of mismatched but compatible parts to ship something or (maybe) fulfill an order this isn't something Apple is known to do like the PC makers of the same era did. It's just very strange through and through.

Unfortunately, there's no signs of life on this one- the PSU appears to be dead. The board will need to be recapped before it will work anyway, so I'll do that before I swap in a known good power supply to start exploring it further. I'll pull the hard disk to see if it'll spin, but I'm not going to get my hopes up- these drives don't run very well (if at all) 30 years on. 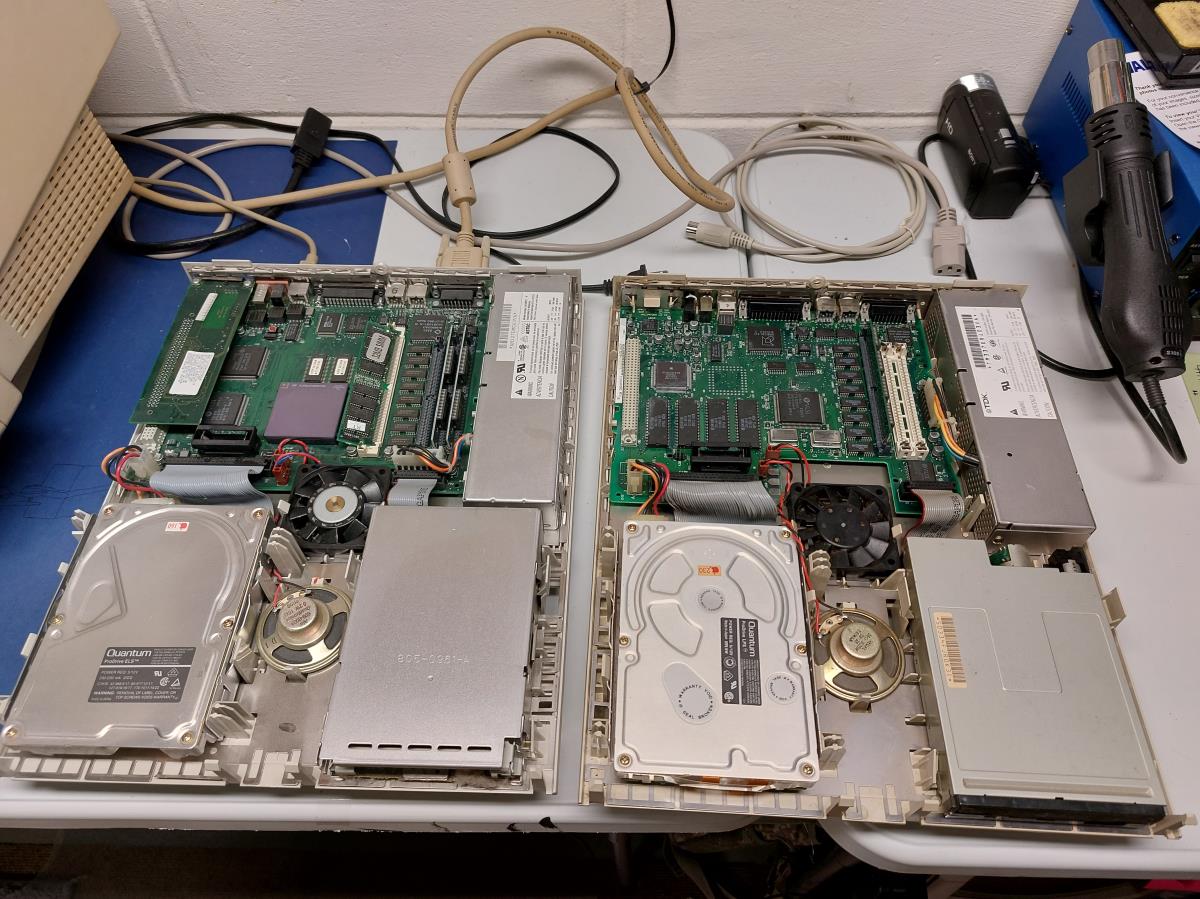 For comparison, here are the more common appearances of the LC-475, and Performa 475 (both identical under the hood, but sold to different markets). This one on the bench is an oddball I guess. Worked on this on a bit over the weekend: 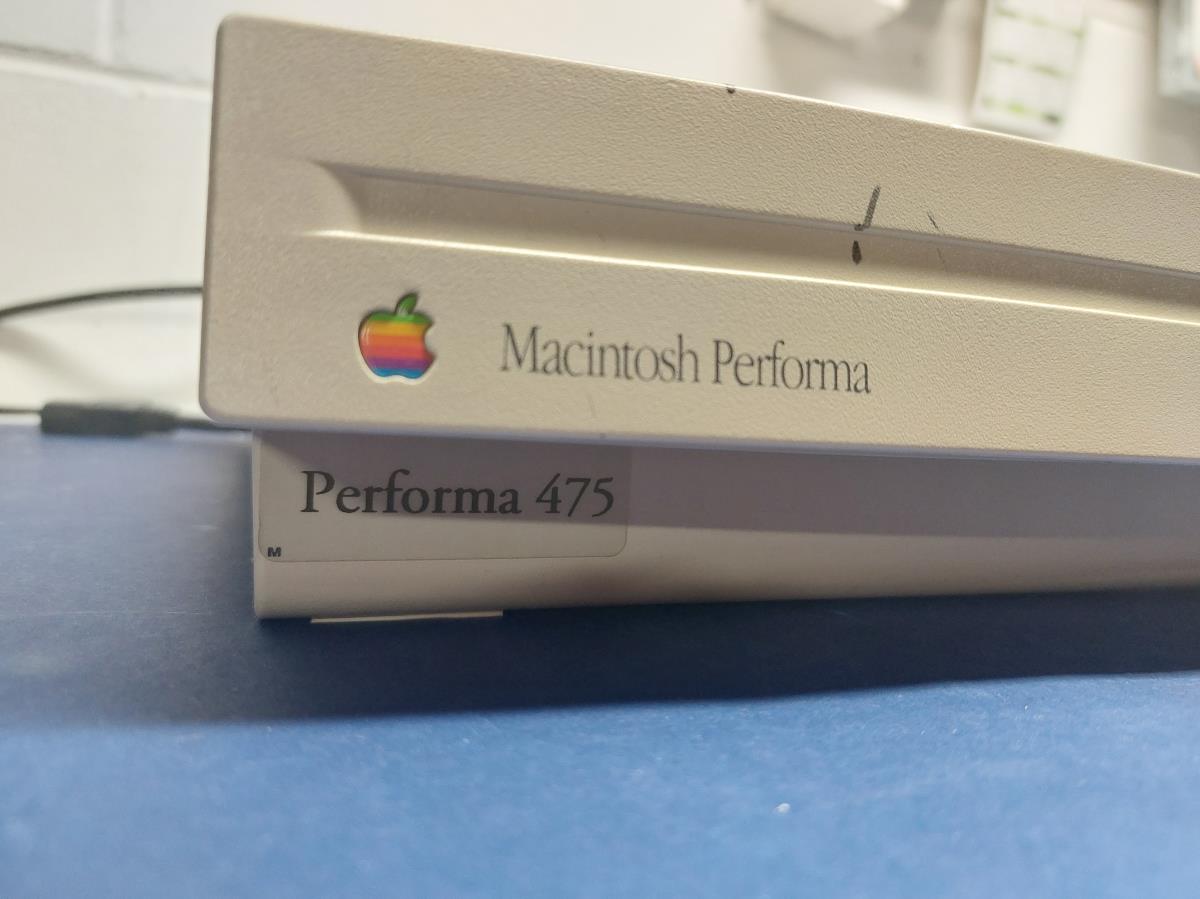 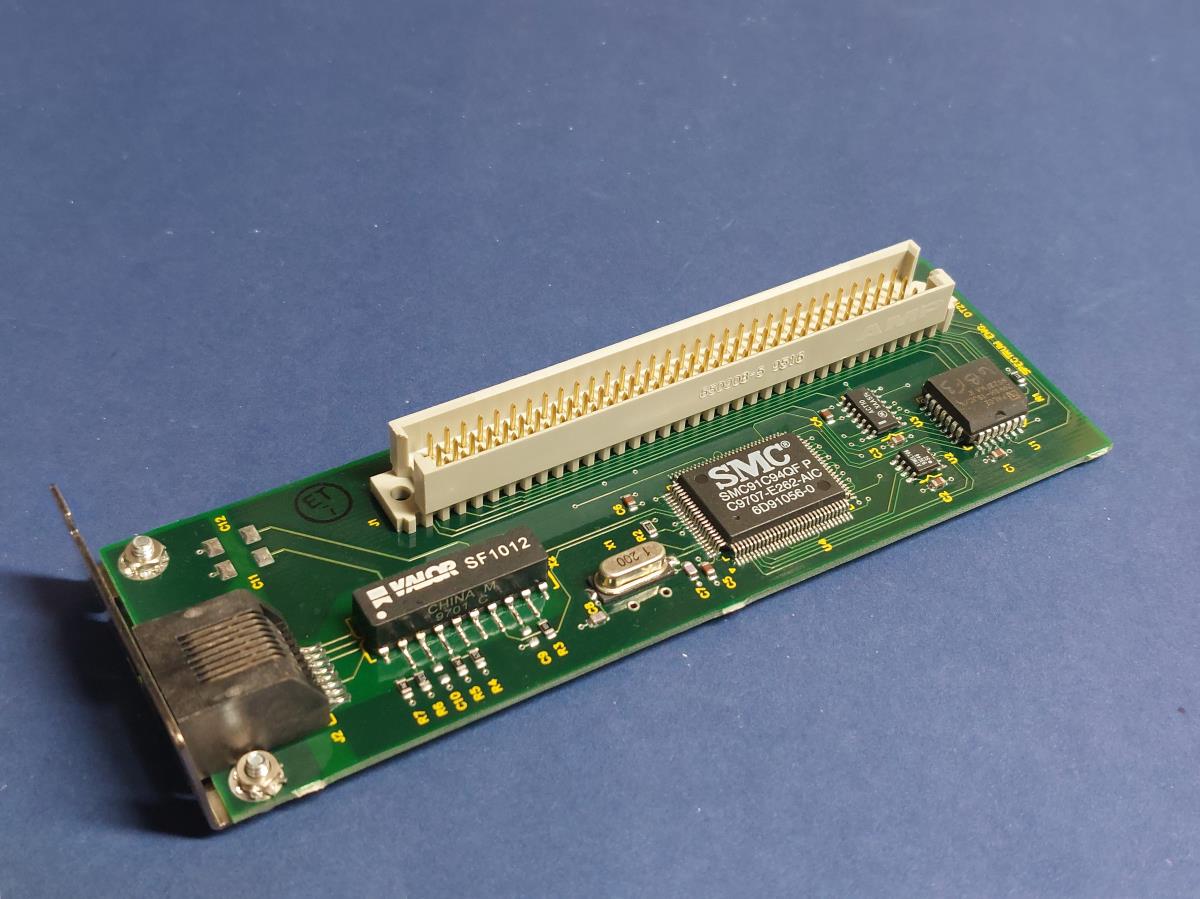 With the macro lens, it's pretty easy to see why this computer doesn't want to start... 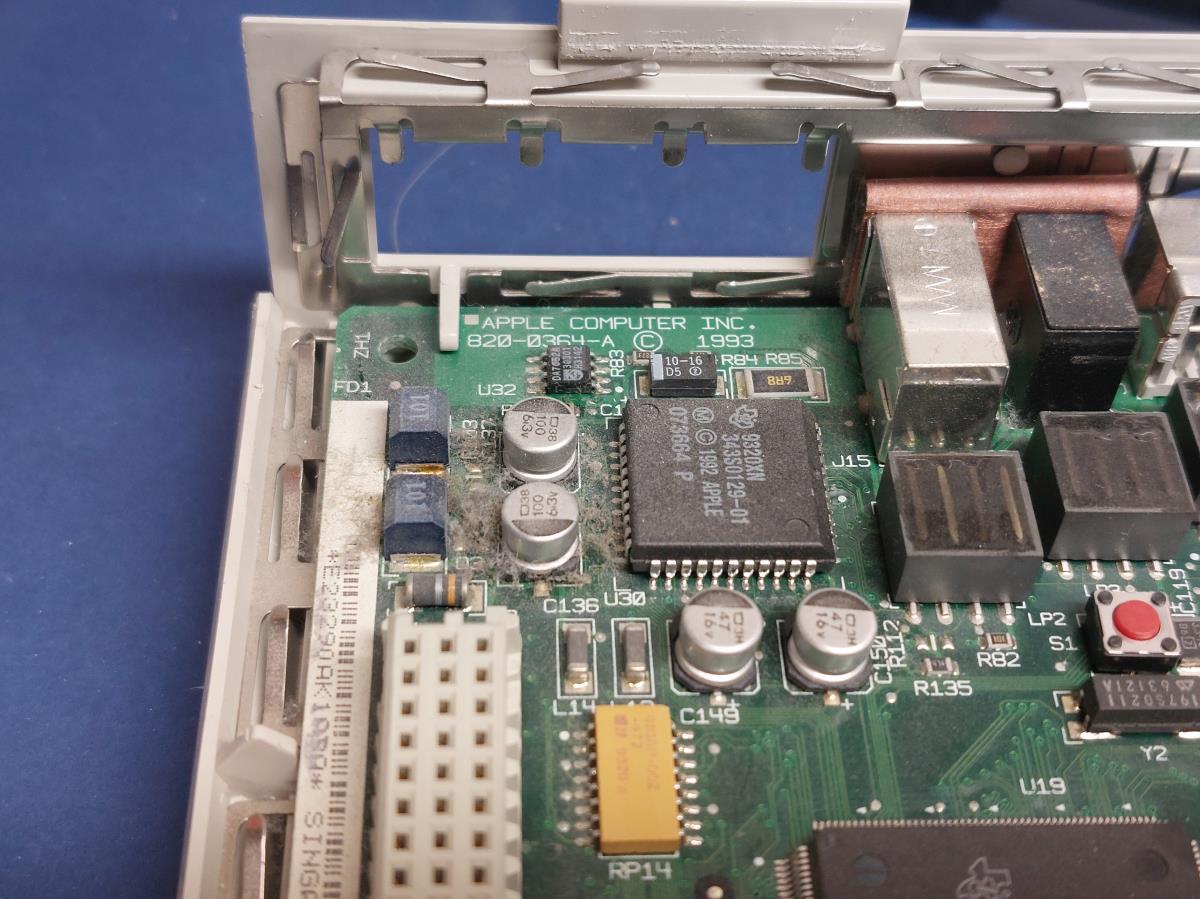