A long time ago, I picked up this Sears Sports Center pong console. Built by APF and rebadged by Sears, it has a couple of the standard game modes on board- though what drew me to this one initially was that it had controllers that connect in the back. When it arrived, it didn't work, and I didn't dig into it- I had the Odyssey 3000, and then a short while later the Unisonic Olympian 2600 (both of which are technically superior machines) so I shelved the APF and haven't touched it since. 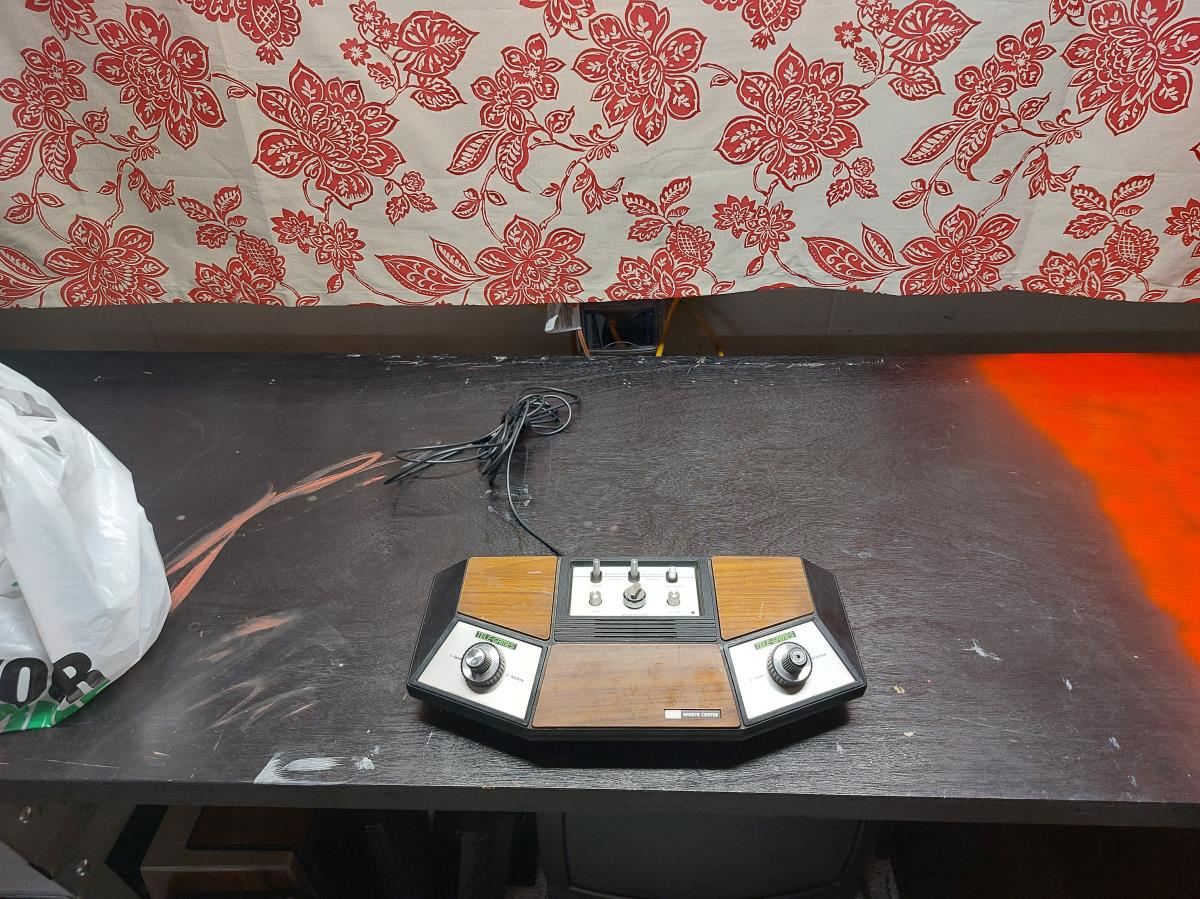 A closer look at the unit itself. It's all plastic, but much like it's contemporaries, it's trying hard to look like it's made out of wood and brushed steel like a high-end piece of audio equipment. The right built-in controller is missing the cap for the dial. 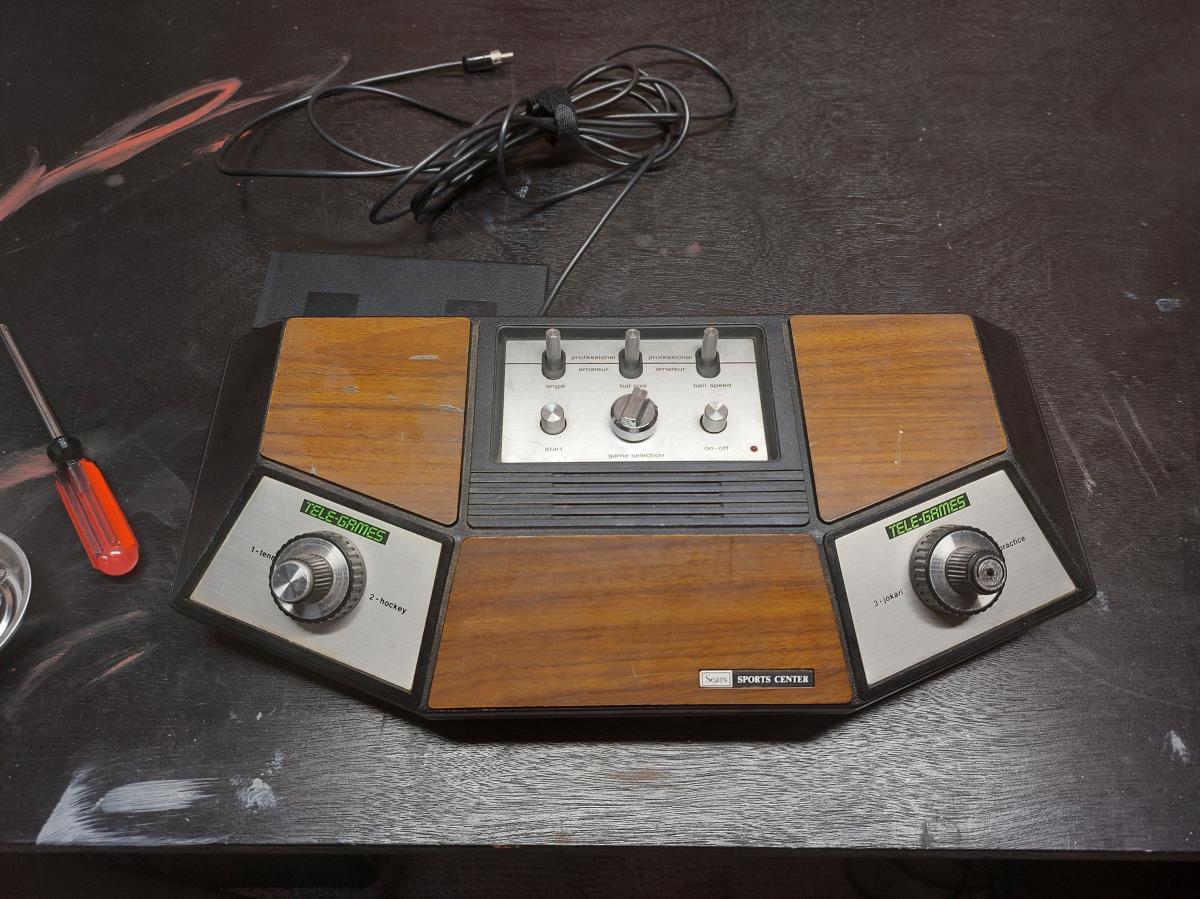