Well, I took the IIGS to RoboCup 2021 with the goal of it running for a couple hours before the RIFA caps would fail. They failed almost immediately, so that was a bit of a bust, but I had the parts and could replace the caps.

That was the original plan, until I finally got into the repair work. Turns out there's more RIFA-style caps in there, and a blown fuse, and a nasty burn mark coming off of the main transformer on the power supply module. I'll move some pictures over from the good camera to show what I mean. It's not pretty.

So this leaves me in a spot- the parts and repair work to the existing PSU are going to stretch this thing out considerably longer than I'd thought. I'm now wondering if it wouldn't be easier to simply adapt a small form modern PSU into the existing chassis. As longevity is the goal, that may be the best way forward.

I'll have more on this soon, just kinda disappointed that this won't be quite as straightforward as I thought it would be.

It does, but I'm pretty sure the computer itself is fine so it'll be okay eventually.

Took longer than expected, but it is done! 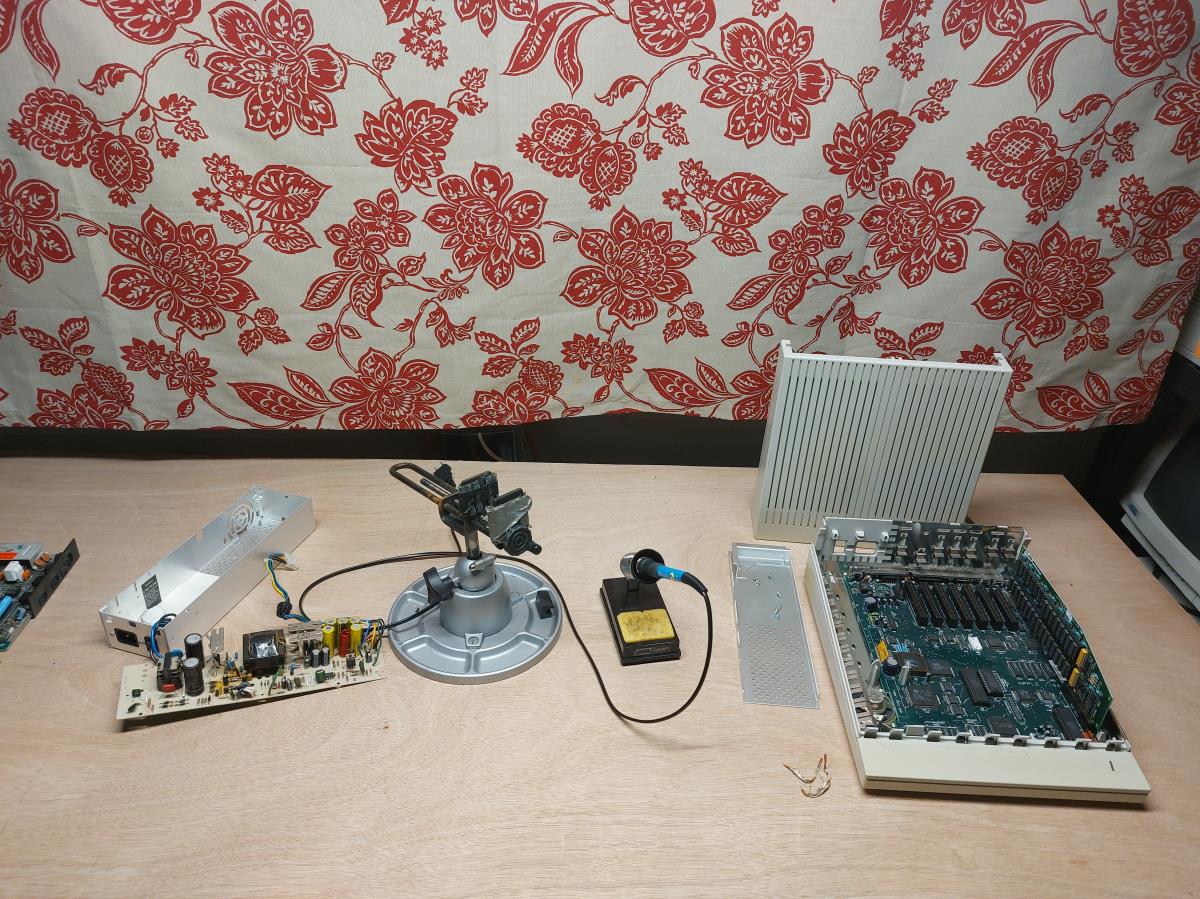 Now I just need to wait for the pesky fuse to get here...

The fuse arrived! It's the wrong part. I'm not sure how that happened.

Oh man that is frustrating.

Performa said:
The fuse arrived! It's the wrong part. I'm not sure how that happened.